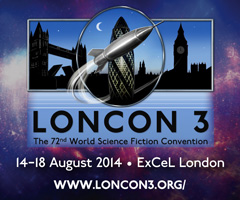 Don’t look now, but it is already mid-July. The voting for this year’s Hugo Awards and 2016 Worldcon will be closing soon. If you’re like me, you still have a few weeks to officially wait until the last minute to vote.

For those not familiar with the awards, the Hugo Awards represent the voice of the fans. They designate the best works of science fiction for a given year in many different categories, including fiction categories grouped by length, such as novel, novella, novelette, and short story.

If you’re wondering how you can vote, swing over to the Loncon website www.loncon3.org  and read all about it. Every year the World Science Fiction Convention (Worldcon) is held at a different location to celebrate everything science fiction. Members and attendees of Worldcon get to vote for what they consider to be the very best of science fiction from the year before. The awards will be handed out at this year’s convention in London later this summer.

This year voters also get the amazing privilege to vote for the 1939 Retro Hugos. Retro Hugos were created to honor the wonderful works of science fiction from the years before the Hugo Award existed. Back before the award even existed. For more on Retro Hugos, check out the Worldcon website. www.worldcon.org 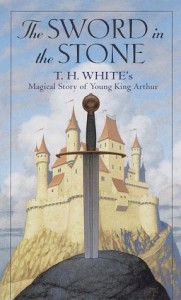 Are you kidding me? The list of authors on the ballot is filled with the biggest names in science fiction. Clearly 1939 was a great year. How are we going to be able to select winners from such an imposing list? I don’t know if I’m up to the challenge.

If you haven’t read at least one bit of fiction from one of the authors on the list, I can only say welcome to science fiction and start reading.

My eyes are slowly adjusting after having stared into the blinding lights of 1939. I turn my attention to the ballot for this year’s entries. Perhaps one day the names will be just as famous as those on the Retro ballot, but if you dig into their work, you might discover a few classics in the making. 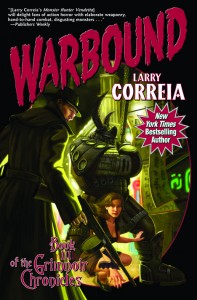 The list of nominees for Hugo for Best Novel includes Ann Leckie, Charles Stross, Mira Grant, Larry Correia, Robert Jordan, and Brandon Sanderson. Mira Grant has been nominated for best novel four years in a row. She is still looking for her first Hugo for Best Novel. Ann Leckie just won the Nebula Award for her novel Ancillary Justice. Will she be able to add the Hugo as well? Charles Stross enjoys his seventh nomination for Best Novel and first since 2009. This year’s competition is filled with many worthy candidates.

Mira Grant and Charles Stross also have been nominated for Best Novella. This is the second nomination for Grant and the fourth for Stross. It would seem the Hugo voters have quite an infatuation with these two.

Look closely at the list of authors nominated in the Short Story and Novelette categories and you will discover even more amazing authors and the worthy tales they crafted. Equally as impressive are the editors nominated this year. The Hugo Awards offer many categories that cover all corners of the industry, honoring excellence in each discipline.

Now that you’ve purchased your membership for the 72nd World Science Fiction Convention, Loncon 3, and you’ve voted for the Hugos, you have one more task left–select the site for the 2016 Worldcon. Convention membership gives you the power to decide where the 2016 convention will be held.

The competition for the 74th World Science Fiction Convention is between two bids. Science fiction fans in China have worked together to create an invitation to Beijing in 2016. China is a wonderful country filled with avid science fiction fans. They have so much to offer for the convention and would make history with their selection. If they are selected, the 74th would be the first WorldCon held in China. Beijing in 2016, is a very honorable and worthy choice.

The other bid for the 2016 Worldcon belongs to Kansas City. Their bid represents history of a different sort. The Kansas City bid represents the fortieth anniversary of a truly remarkable convention, The 34th World Science Fiction Convention of 1976.

Legends of the industry walked the convention floor that year. Grand Master Robert A. Heinlein was the guest-of-honor in his hometown, while Grand Master James Gunn was assigned as his SFWA liaison. Frank Herbert spoke from the rooftop of the hotel.

The 34th World Science Fiction Convention in Kansas City was ground zero for one of the landmark events in science fiction history. When fans showed up to the convention, they had no way of knowing that one of the exhibits would change the landscape of pop culture. Less than a year before George Lucas rolled film at theaters for Star Wars, fans caught a glimpse of the upcoming film at Worldcon.

Luke Skywalker (Mark Hamill) himself wandered the halls, meeting and greeting fans. Science fiction was on the threshold of taking over. Now forty years later, science fiction is king. Many have shifted their view of Star Wars in those forty years, but indeed it was a game changer.

Regrettably, I will not be able to make the trip across to London this year. If you are at the convention later this summer, I hope you enjoy. Loncon 3 promises to be truly amazing.

If you haven’t signed up yet, there is still time. In 2014, Worldcon voters will forge history.

‘The Birds Is Coming’ (Again) and Rebecca Too