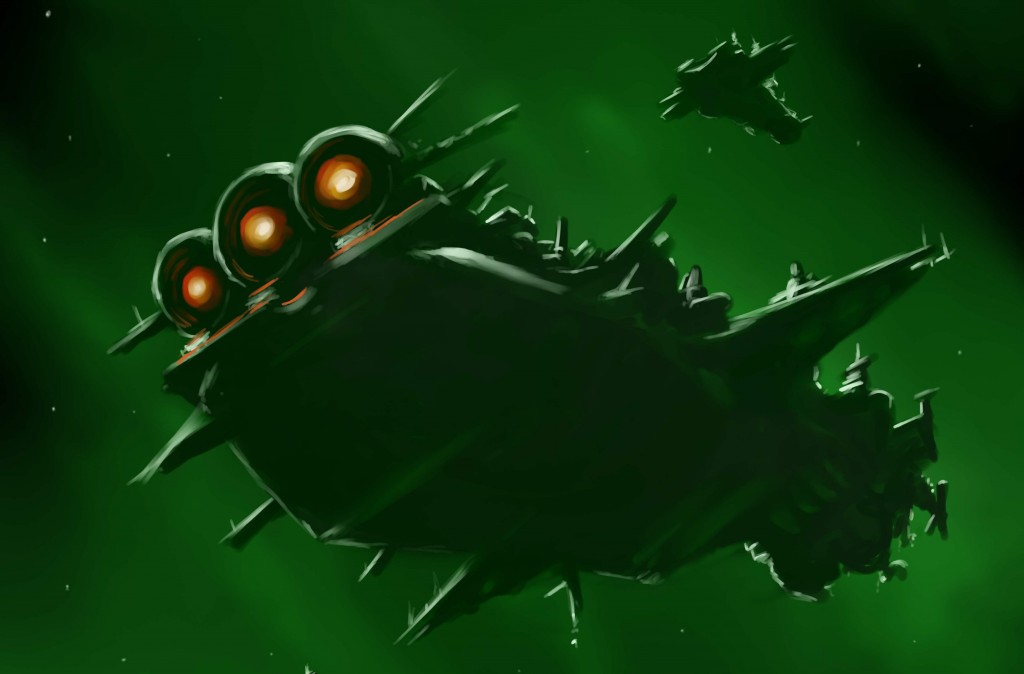 I make no secret about the fact that I love spaceships.

I’ve written about it before. One of my very early blog postings here at Amazing Stories was about spaceships.

Spaceships are one of the core mainstays of science fiction literature, film and television. Despite the science that tells us that absolutely nothing can travel faster than light, science fiction still features spaceships that somehow manage to get around Albert Einstein’s universal speed limit. It makes some hard science aficionados grit their teeth, I’m sure, but I’m okay with it.

Just as the tall wooden ships of bygone eras encapsulated the romance of the seafaring life and inspired fiction that was just as outlandishly unrealistic when compared with the prosaic facts of nautical travel, so too do the improbably fast and improbably huge spaceships stir our soul with a sense of wonder and a desire to travel among the stars.

Of course. Back then sea voyages were a reality that was common especially in port towns and cities. Anxious mothers could be justifiably concerned that their young boys might actually run away and go to the sea. There were no lack of ships that would welcome sturdy young lads to climb the ratlines.

Spaceships in today’s world are nowhere near as ubiquitous as they are in science fiction tales. You can quite easily count off a list of the very few people who have actually travelled into space.

Despite being aware of the reality of space travel and its lack of romance (despite figures like astronaut Chris Hadfield who made a music video of his cover of David Bowie’s Space Oddity while he was in command of the International Space Station) we still collectively dream of ships that can take us to the stars.

Daniel Dociu is an artist whose depictions of spaceships have come to my attention recently. His artwork graces the covers of the recent series of science fiction novels by James S. A. Corey and they are stunning. Dociu’s images easily put him in the same company as other spaceship artists like John Harris or John Berkey. 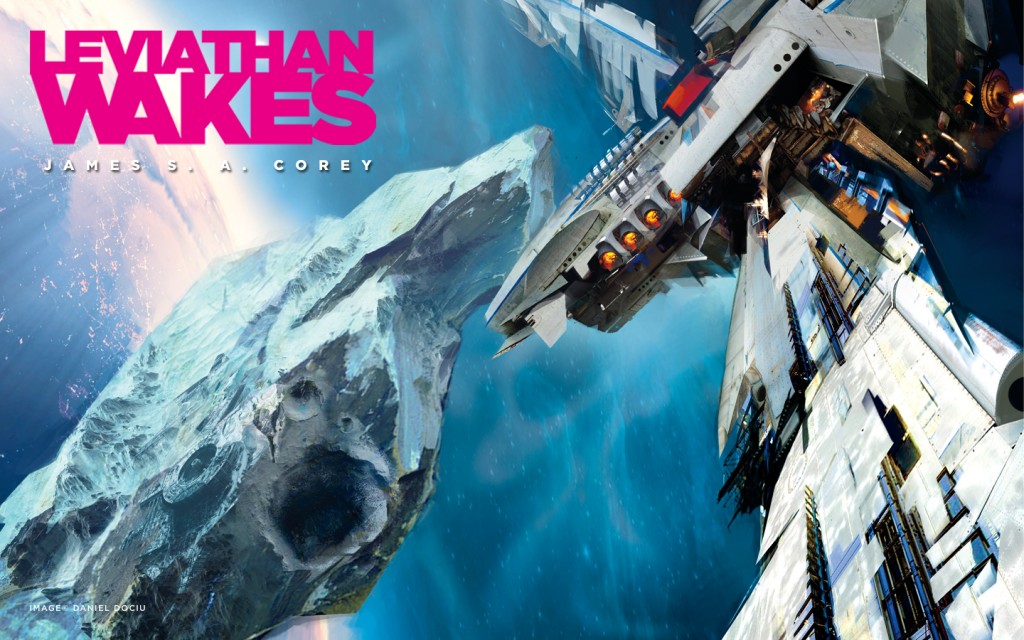 My recent discovery of Dociu’s artwort reignited a passion that I have always had for spaceships. It also inspired a series of paintings on the subject that is ongoing even as I write this. 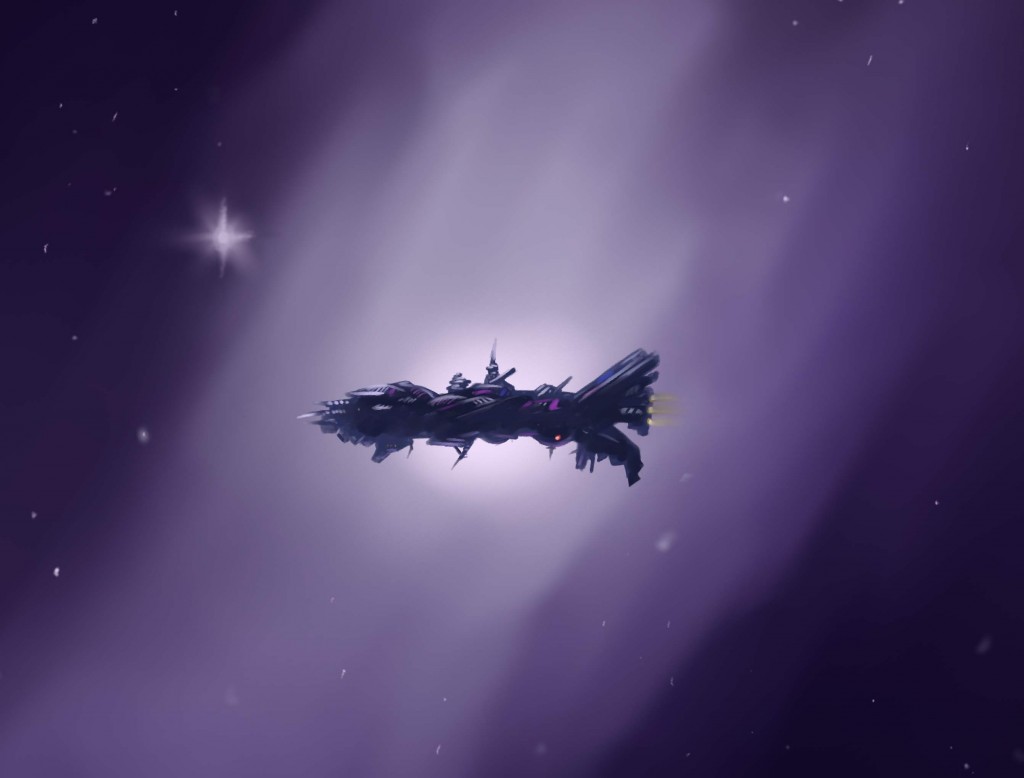 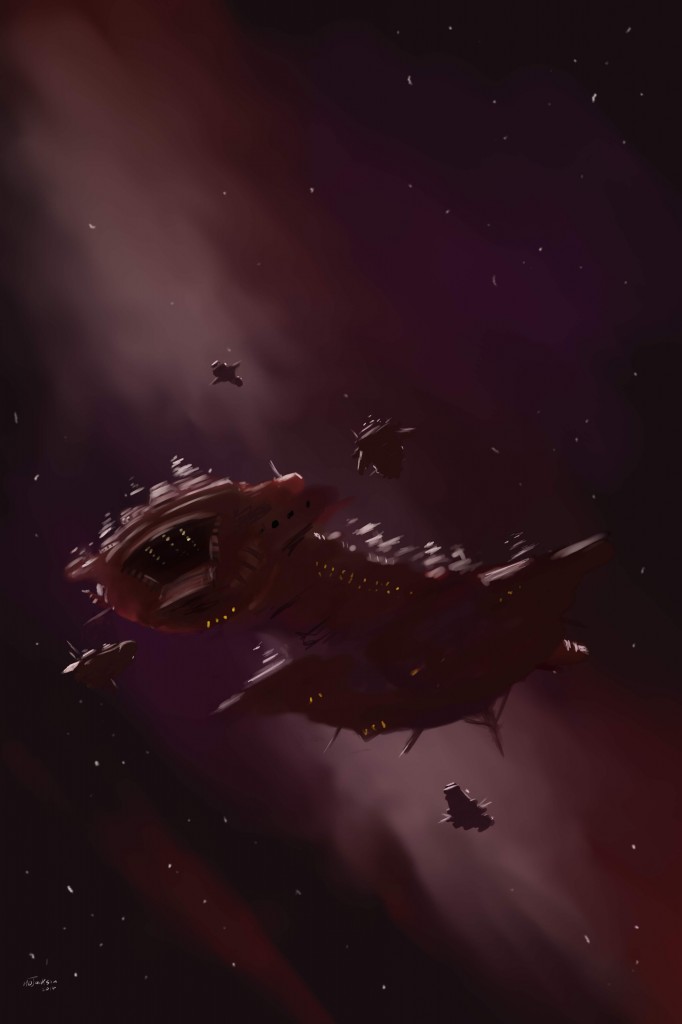 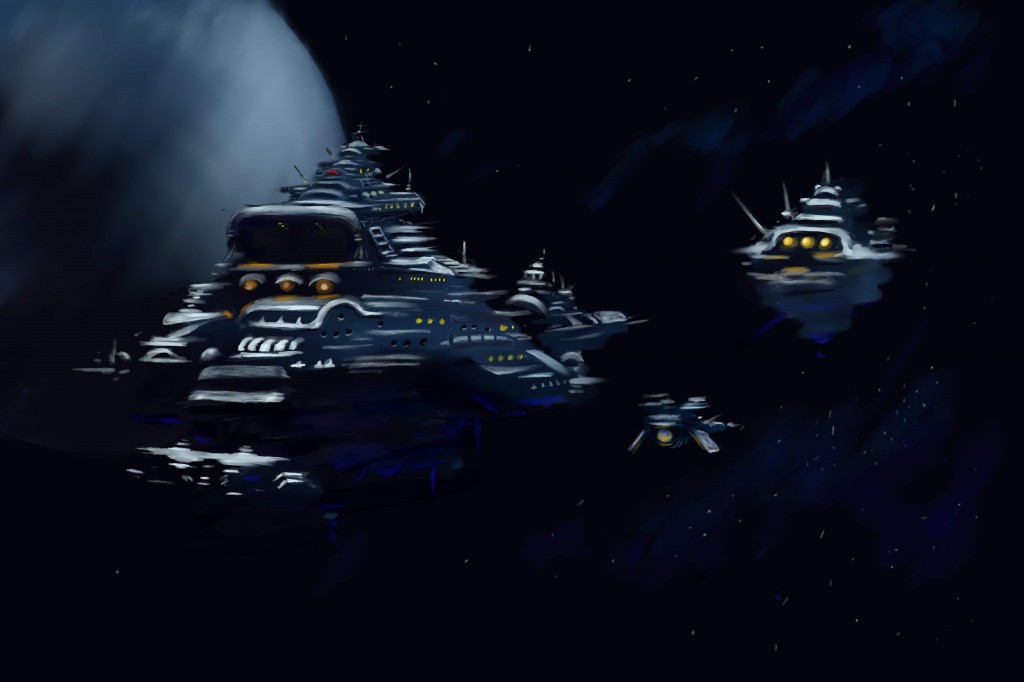 I am not in the same league with Dociu, of course. Nowhere near. However my love of spoaceships is, I hope, evident in these poor efforts. 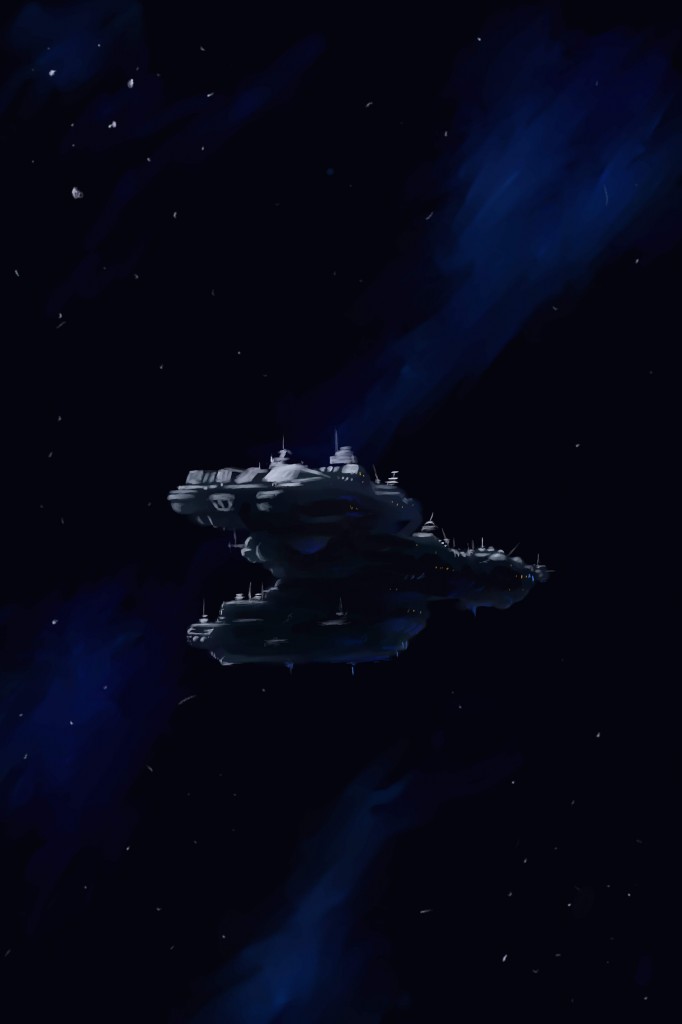 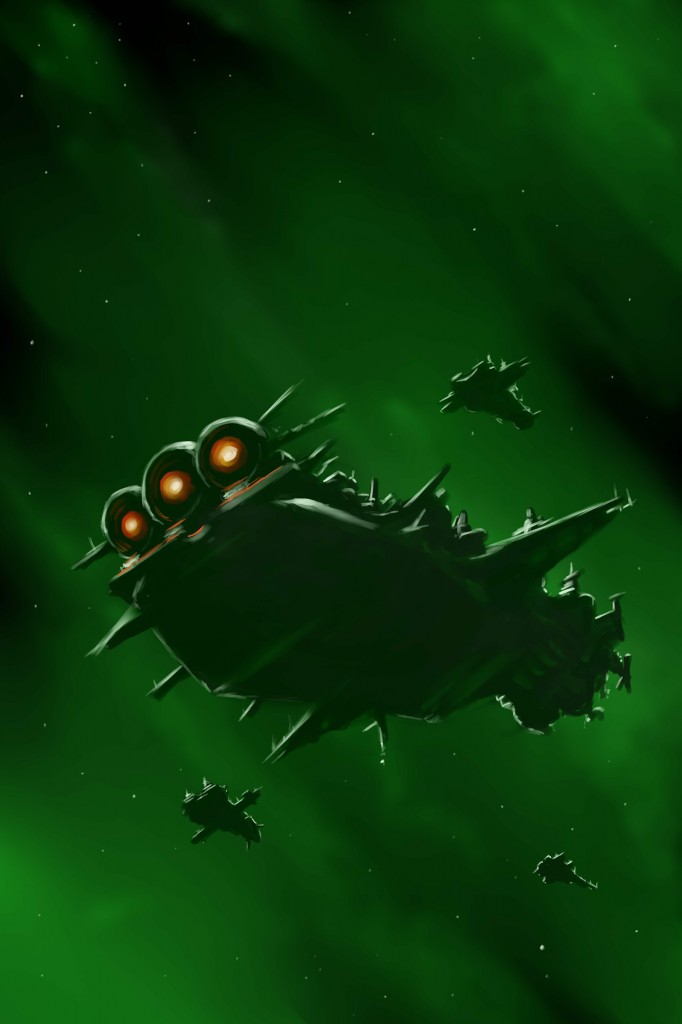 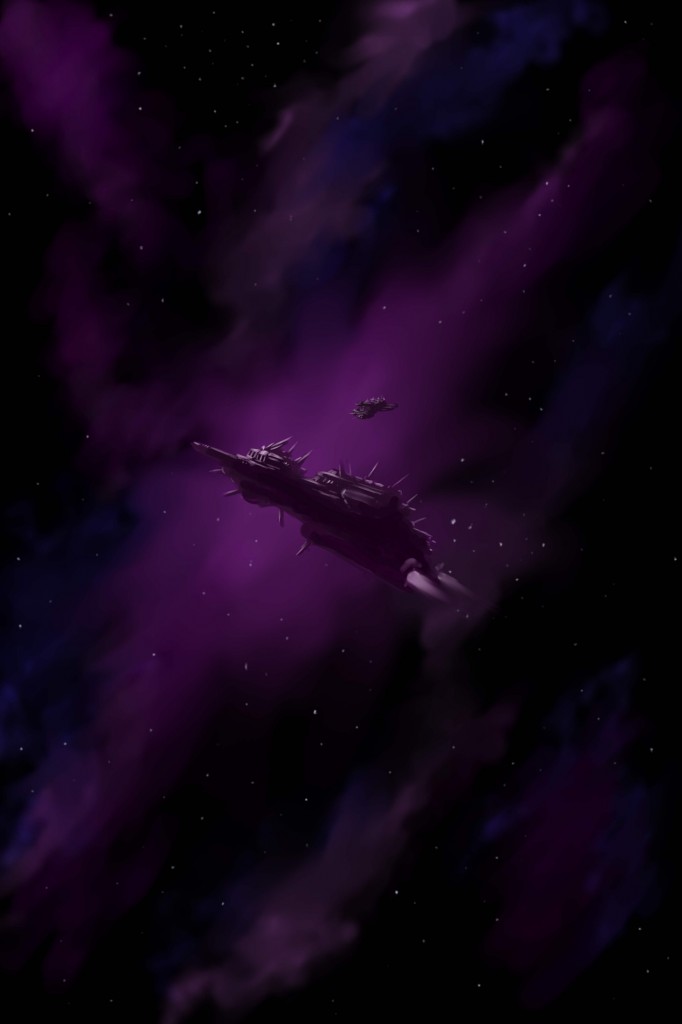 These depictions of ships are not great art, certainly, but they do, I think, shine with the passion that I have for the subject matter. They are improbably huge and I imagine that they are recklessly violating the universe’s speed limit, careening amongst the stars at velocities much faster than light. They may not be accurate or even make any kind of visual sense, but they are vessels that allow my imagination to soar among the stars.

What more could a science fiction artist possibly want?

In this week’s viewing: Three shows are done for the season, with one coming down to the wire.

Time to talk about a few of the many new releases in science fiction romance in the past month. Anna Hackett is off and running with a new series about Galactic Gladiators, which should be another hit for her. The first book was entitled Gladiator and yours truly read it in one sitting. The next […]

Mysterious Light Flashes Are Coming from Deep Space, and AI Just Found More of Them

Stray Thoughts About the Hugo Nominations