A journey down Lugosi lane: a documentary on the famous Dracula star leads to the discovery of Kim Newman’s mashup – Anno Dracula. 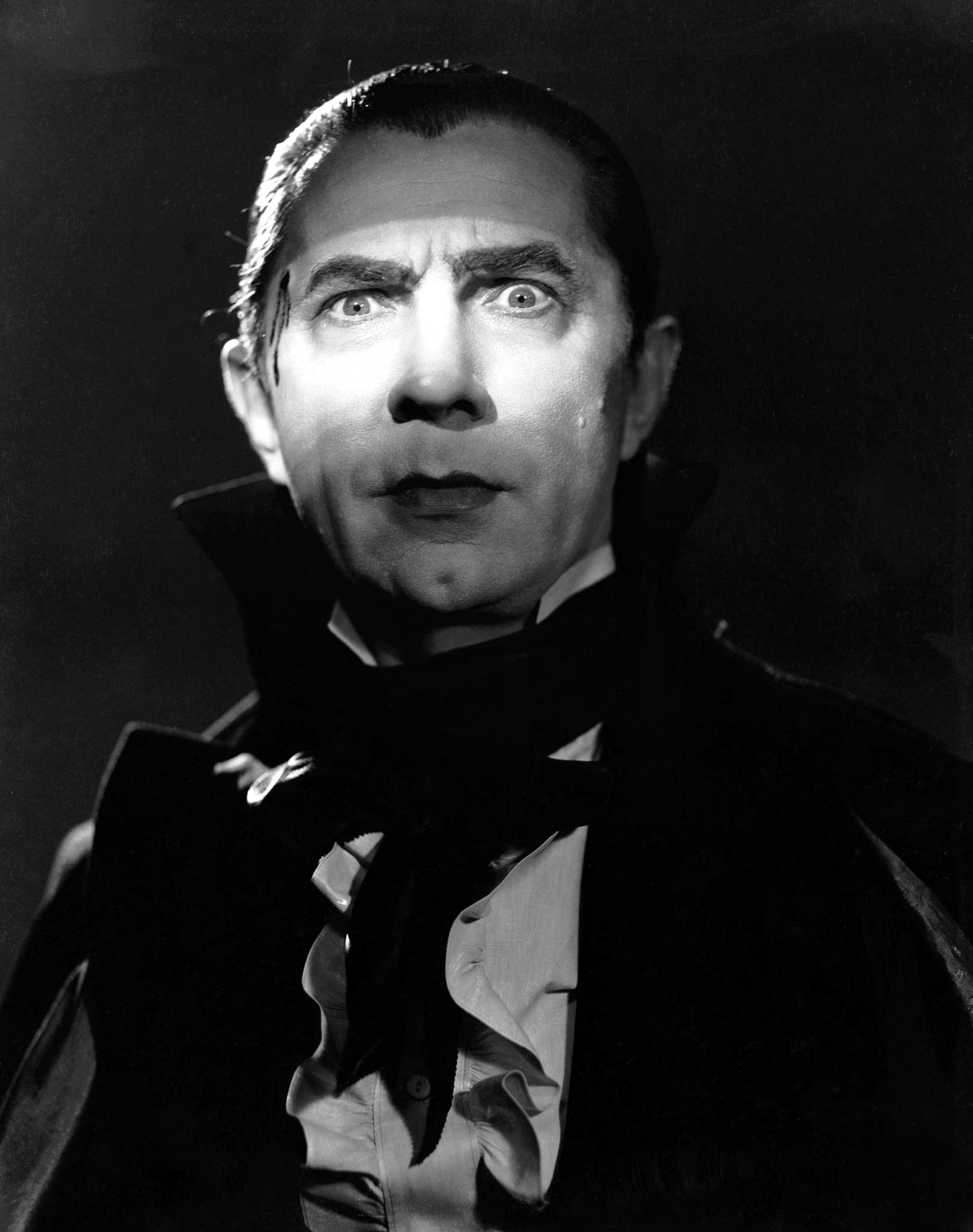 I first heard the name Kim Newman several years ago when I was watching a documentary on Bela Lugosi that accompanied the Legacy Edition of Dracula. When I did my online research later on about the various experts that appeared in Lugosi: The Dark Prince I discovered that Newman had created a series of alternate history sequels to Bram Stoker’s original novel, the Anno Dracula series. My hometown library did not carry any copies of the books, and my funds at the time were quite limited so it would be another three or four years until I obtained my first Nook and I was able to purchase the first book in the series, also entitled Anno Dracula.

What happened after that was a journey into a realm of fiction that I had long heard about, but never had witnessed first-hand. After I had read the novel for the first time I realized that I had just passed through a vortex of almost every single literary genre known to man. Alternate history, mainstream history, science fiction, romance, fantasy, horror, mystery, thriller, and parody combined into a work so unlike any other I had ever read.

(Before I continue I wish to inform my readers that although this essay is a review of Anno Dracula, this is going to be a spoiler-free version of a review. For those of you who haven’t yet read the book you have nothing to fear from reading this post. Except, perhaps, Dracula himself.)

The novel begins with a phonograph journal entry by Dr. Jack Seward, one of the main characters from the original Dracula. This homage to the epistolary style of Stoker’s work creates a nice continuance from Stoker to Newman and makes us feel like we have once again been sucked into the dark night of the Victorian Era. Following the idea that Professor Van Helsing and company were unable to defeat Count Dracula in the original novel and the Count’s plans for domination came into fruition, Anno Dracula introduces us to a Britain that is quickly becoming a vampire paradise with “warm” humans the minority and vampirism a necessity for advancement in society. Alternating chapters, we are introduced to our ensemble cast of characters. Newman originals Charles Beauregard, a silver-tipped cane wielding agent of the British Secret Service, and Genevieve, a vampire elder, share the pages with Seward, Lord Godalming, and Charles’s ambitious fiancé Penelope. Beauregard and Genevieve are the only characters that are really fleshed out in the story. Torn between duty and succumbing to societal pressures, the very Victorian Charles struggles to remain human during a time when humanity is casting aside the lives of the living for the hope of immortality. Genevieve, older than even Count Dracula, is a creature out of time as she falls in love with the engaged protagonist and considers him the only thing she has left in the world. 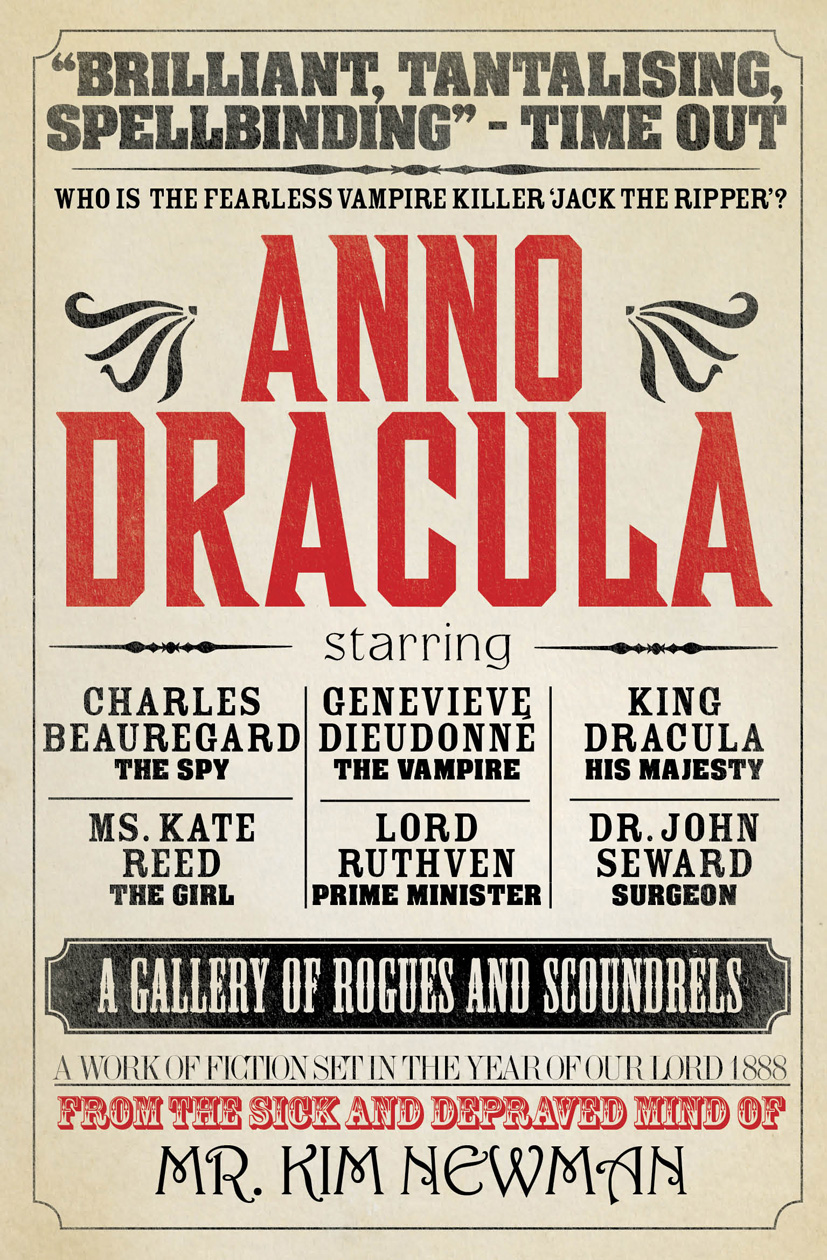 They explore their mixed feelings for each other as they hunt the ruthless Jack the Ripper alongside the real-life Inspector Abberline and Inspector Lestrade from the Sherlock Holmes stories. Newman brilliantly relays the fictional world into the historical Great Britain and does it in such a way that we feel as if these fictional souls actually existed, and that this bloody Victorian Era was the real thing and not a work of fiction.

Unfortunately, despite his mastery of setting and a wide corpus of themes, characters and a few thrills the book falls flat. Newman reuses some very typical plot devices in his book, such as Dracula being the real-life Vlad the Impaler and the Diogenes Club, the silent gentleman’s club from the Sherlock Holmes canon, being a front for the British Secret Service. Newman also mentions Van Helsing as “the great,” implying the usual assumption that the Dutchman was a legendary vampire hunter, even though in the original novel his working knowledge of vampires is slim. The Count himself, known primarily in the novel as the Prince Consort, appears only briefly, and even when he is it leaves the reader wondering why Kim Newman even bothered in the first place.

The main plot of the book consists of Beauregard and Genevieve trying in vain to stop The Ripper (whose identity in the story is obvious and known to readers almost from the beginning) and their minor dealings with criminals and politicians. The police and government quell riots, martial law is declared, and notable members of society are sent to concentration camps (here a British invention) but otherwise all we can do is watch helplessly as the main characters fail in their efforts and watch the sensation of Jack the Ripper end in a series of deus ex machinas. Emotionally, mentally, and physically nothing is accomplished plot-wise. By the time I finished the book the first time I found myself wishing that “the consulting detective” hadn’t spoken out against Dracula and gotten himself interned in the concentration camp. As a pseudo-sequel to Bram Stoker’s original the book works, but literarily it is not up to par. I think that if Newman used first-person and possibly the epistolary style that Stoker mastered then things would have made much more sense. But as a “typical” piece of prose fiction it left a lot of unanswered questions, and drained dry a lot of the hopes I had for the series. It sort of left me in a vampire-state—thirsty for more and yet still empty.

Published in 1992, Anno Dracula continues in The Bloody Red Baron, which I will discuss in a separate entry. Also in the series thus far are Dracula Cha Cha Cha and Johnny Alucard. Kim Newman also has a variety of short stories and novellas also set in the same universe—his Wikipedia entry will tell you where to find those. He credits Neil Gaimon as an intricate part of the creation of the series, so if you are a fan of Gaimon’s work (as I am) this is something worth taking an interest in.

James Bond themes: love ‘em or not, they’re an indisputable part of a long-lived franchise. SF or not, who cares? Steve talks about his favourites.