Home Science The Future Of Energy 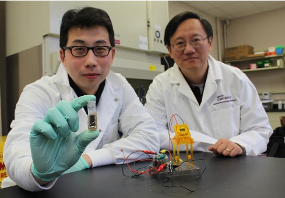 Professor Percival Zhang thinks he has the answer to the world’s energy problems: Carbohydrates. According to Zhang, carbs are ideal for storing energy as they already serve that function in nature. Living organisms break down carbs in order to perform daily activities. However, most of today’s technology runs on energy that comes from breaking down hydrocarbons, found in gas, oil, and coal. In fact, Zhang and fellow researchers introduced a prototype battery that runs on maltodextrin, a carb often found in processed foods.

The process involves the use of an enzyme pathway that can cull 24 electrons per glucose molecule to convert to electricity, which can then be used to power devices. In the future, the team hopes to engineer enzymes according to more detailed specifications to maximize efficiency. And excess energy will be stored as sugar, since it can be kept for a long time. When electricity is needed, the sugar can be converted via a sugar battery. 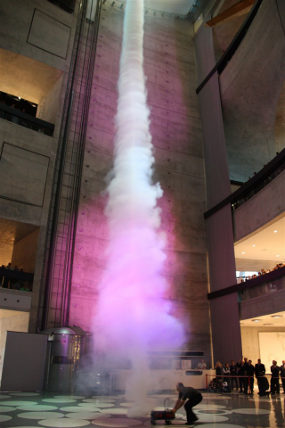 In the real world, tornadoes begin to form when the air closest to the ground is at least 20 degrees Celsius warmer than the air above it. The ground air rises and begins to spin until it forms a vortex. To capture that energy on a smaller scale, Louis Michaud, a former ExxonMobile engineer, has developed a specially designed chamber that allows hot air to enter and rise in a circular pattern until it creates a vortex. In a larger chamber, the tornado would spin turbines in order to generate energy.

To help create larger tornadoes, Michaud suggests using power plants. They create waste energy in heat, which can be used by an atmospheric vortex engine to generate 10 to 20 percent more energy.

Michaud says that the total energy potential of this process is 52,000 terawatts (TW), of which 12 percent could be harnessed, which equals 6,000 TW, and is 3,000 times the 2 TW currently generated worldwide.

I think Dorothy would be pleased. 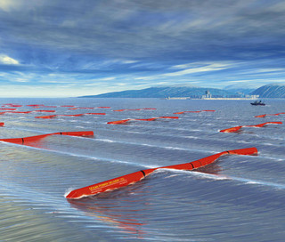 You may have heard of fish farms, but wave farms?

Wave farms use large machines that float in the water that convert the up-and-down movements of the ocean into energy that homes use. The process still needs perfecting, especially regarding durability and methods of transferring the energy from the machines in the ocean to land.

The Scottish government has approved plans for the world’s largest wave farm, which will generate enough energy to power 70,000 homes, more than twice the number of homes in the targeted area (Western Isles).

Sadly, the United States is lagging in wave energy research. Oregon has sponsored several wave energy tests over the past few years, however, regulatory and financial issues have delayed installation.

Stay tuned on that front.

So…which energy-producing method do you think has the most promise?