So, I was cleaning out my kid’s turtle’s fishtank recently when I began to think about Science Fiction and pets. Classic Battlestar Galactica had daggits. The Abyss (1989) had the guy with a pet rat. Even Dave Lister had a cat on board the Red Dwarf. But it seems to me that these days, pets are a real rarity in most science fiction. 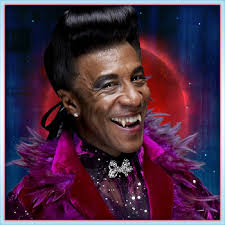 Now, I totally understand that working with animals is challenging. Real ones anyways. CGI can do dinosaurs in Jurassic Park and Scooby Doo has had three or four live action movies now. It just seems odd to me that we don’t have more scifi animals with our modern movie making technology. Why for example, was there no menagerie of alien critters on the Enterprise-D?

When I was in the USAF, there was always someone in the dorms with pets. Fish, iguanas, birds, boa constrictors and even a mink were among the pets offering company to service members far from home and family. It seems kind of far-fetched to me that humans on a deep space mission wouldn’t bring some little critter along with them. I mean, if you can bring your kids, how much trouble could a hamster be? But aside from the Classic tribbles, Data’s cat and Archer’s beagle, I can’t recall many Star Trek pets. In fact, the more I thought about this, I wondered about aquarium pets. Fish are fairly easy to care for, but they seem to be missing from the background on a lot of Scifi shows. I can totally see Walter Bishop telling secrets to a tank of salt water fishies. Agent Fox Mulder had a fish tank in his apartment. But fish seem to be in short supply on the screen, unlike real life where they are in abundance in offices and small businesses.

Is it a continuity challenge? Do producers worry that Tibby the Turtle will be crawling all around during one take, then decide to hide in his shell the next? Where is the animal companionship our fictional characters deserve? In our modern animal-rights era, it seems to me that any near-future science fiction should be exploding with animals. John Kennex on Almost Human had that nifty mini robo giraffe one episode, but that is even less of a pet than Lister’s robot goldfish.

And, while I know the Doctor once had his robot K-9, why does he never have a real pet waiting for him on the Tardis? I mean, a real dog would be perfect. They love to run almost as much as everyone’s favorite Time Lord. And, dogs are great listeners. The Doctor wouldn’t have to lament the passing of a companion–his dog would stay with him until the day it died/got eaten/he forgot it somewhere. 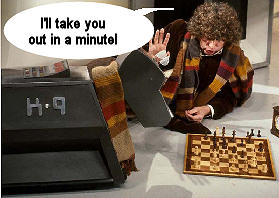 Best of all, pets on TV and in movies would be far more loveable than in real life. Primarily thanks to a lack of odor for the home viewer. My daughter overfed her turtle, leaving food in its tank to rot and stink up the house, prompting my recent emergency draining and cleaning. That would never happen on TV. Tibby the Turtle would just be a wonderous, shelled set decoration astonishing Tom Servo all day long.

I am beginning to think there is an animal animosity in science fiction these days. The Walking Dead doesn’t even have swarms of flies whirling around the rotting walkers. Nor has even one survivor had a dog to warn them of danger. Only poor Rick has had a penchant for pets. But one horse and some piggies didn’t do so well for him. He needs a rottweiler or a wolf hybrid or something that can defend itself or outrun the swiftest shambling zombie.

As a writer, this revelation has really hit home. I let my kids each have a turtle, and we have our family dog/hair factory. How callous of me to deny my characters some animal companionship. I call on all science fiction writers to join me in welcoming pets into the future. Robots are cool, but they are hardly suitable for petting. 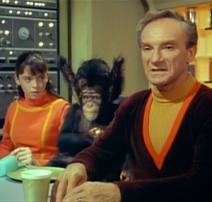 Alpha Centauri sure has an interesting SF history; it went from “of course it has Earth analogues, it’s our closest stellar neighbor” to “multiple star systems can’t host planets” and now back again to “we might just be able to live there”

How well do you know the person you’ve been locked up with?