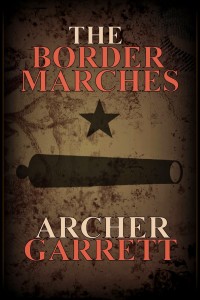 Cedar Sanderson: Why do you write?

Archer Garrett: I started writing last year because I always thought I could write, but had never acted on it.  One day I just decided to give it a shot.  Fortunately, and through no skill of my own, I had some level of success.  That success has sustained me through several books.  Had my first book flopped, I probably would have given up.

AG: After reading about the trials of others and stumbling onto Amazon’s KDP, I decided it was my only chance at ever selling a book.

AG: All.  Everywhere.  Sometimes I stand in the intersection and wash windows and sell books for the odd nickel or dime.  No sense in not putting your books everywhere you can.

AG: Format?  Hmmm, I wrote it in Microsoft Word with spacing and indentions that seemed appealing to me.  When I uploaded it into KDP, it looked good enough (perfect is my enemy — ask my wife).  For Createspace (Amazon Print on Demand for paperbacks), I use their templates.  For Smashwords, I paid someone to format my first book and then used it as a template.

AG: Sales have been good, but I think I’m an exception.  I broke into and wrote for a community that is supportive of their “own”.  I’ve made a lot of friends along the way too.  My flagship series is a little dystopian and western, set in an economic-collapse America.  So like, it takes place two weeks from now.  😉

A sample of Book 1 in that series is available for free Here.

I’ve tried to break into other genres (Historical Horror, Steampunk, Zombies, SciFi), but my success has been limited.  Reviews are good but sales are slow.

AG: I would’ve spent more time proofreading my work early on.  Other than that, I wouldn’t change much.

AG: I’m just some dude, selling words to shady characters on a faintly-lit street corner.  Sirens wail in the distance. Smog hangs heavy in the air.  This is the place no self-respecting literary type would ever tread — for long.  Maybe one day, when I’m comfortable in my skin as a writer, I’ll give myself a title.  Until then, I think I’m just a word hustler.  Speaking of which… psst — you over there — looking to score a word or two?