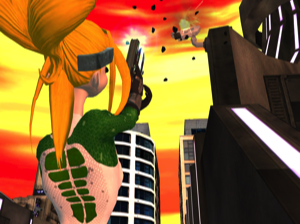 It’s Wednesday, July 31, 10:45 am. Our fingers on the same mouse, Brianna and I simultaneously clicked the button. Then we fist-bump in celebration. Our Kickstarter for the videogame “Revolution 60” is now officially launched. We are terrified. What if it fails?

We’ve researched the risks. 56% of all Kickstarters fail, including three-fourths of all videogames. Failure would brand the studio, Giant Spacekat, as a loser. To say nothing of team morale. Do we really want to put three years of hard work at risk?

The key ingredient is credibility. Is it believable that a 13-year-old can make a MMO? Are you just showing crude concept art – have you ever made a game before? Have you demonstrated the carpentry skills to make your elaborate Magic card boxes? 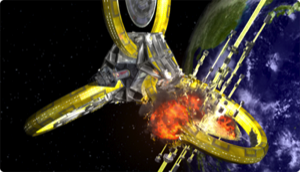 Other kickstarters fail because they ask for too much money. Or too little. Are you really going to make that game for $500?

Another ingredient is networking. The day-by-day funding of a successful Kickstarter generally has a two-wave shape. The first wave is the rush of pledgers in the first few days – many of them your personal friends. But you need this wave to get your second wave, which will be observers, fence-sitters and people who only back a winner.

We looked long and hard at our project.

Do we have the credibility? Yes, we have gameplay we can show. And we’re only asking for $5000, finishing funds – within the range of most successful Kickstarters (1K to 5K). As for networking? Brianna has 2400 followers on app.net and I know thousands of people through my science fiction art. 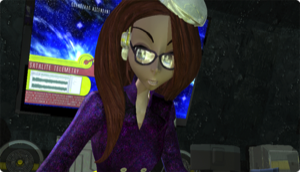 But here’s another issue: The Pyrrhic victory. Failing through success.  Suppose you’re hand-making Steampunk goggles, and offering them for $30 each. You’re hoping for maybe 50 sales on Kickstarter, but you get 1000. Do you know how to scale up your manufacturing, or are you planning on spending them next two years making love non-stop to your drill press and lathe? Or the example of Tim Schafer of Double Fine, who asked for $300K to make a point-and-click adventure and got $3 million. And then couldn’t deliver because his game scope expanded much more than his budget.

We were hoping we would dodge that bullet, too. Some of our rewards were posters and T-shirts (the technology for which, in 2013, is pretty well-established). 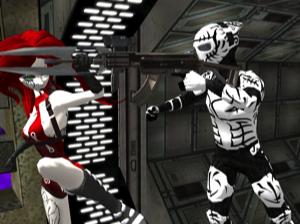 But here’s also where we fell down.

We originally set the goal for $5000, for finishing funds so we could release the game on iOS (iPad, iPhone, IPad Mini).

With a stretch goal of 10K, whereupon we’d release on PC and everyone who pledged $20+ would get a DRM-free copy.

And another stretch goal of 20K, with a Mac release.

But the problem? We can’t directly release an iOS game to an individual pledger. It has to go through the app store and there’s no way to get it to you without cost.

This resulted in tremendous confusion. What do you get as a reward if we don’t make the stretch goal? 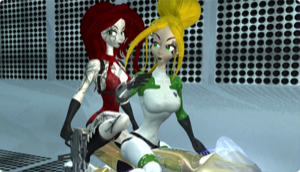 So we dealt with this confusion as best we could. We re-set the goals:

OK? But our old goals still haunt us. It’s too late to change the wording of the rewards or the video… We bit our nails and hoped… After all our research, that one mistake could have cost us everything.

And, whew, we have birthed a successful Kickstarter.

Another unexpected and marvelous thing happened, too. We were astounded by the amount of press we got from the Kickstarter. Cult of Mac and joystiq posted an articles about us that was re-posted dozens of times. As was an article on boingboing.  The Jace Hall Show even wrote up how funny I was in our Kickstarter video, which underscores the need to keep game developers hopped up on chocolate cupcakes. We haven’t seen this much press since PAX East, which cost us thousands of dollars to attend. Now, people were giving us money – and press, for free!

So we made it. Disaster averted.

Now all we have to do is finish making the videogame…