On A More Troglodydic Note:  Race Issues in the US Did Not End in the 60s

Shades of Norwegian Blue:  “He’s passed on! This parrot is no more! He has ceased to be! He’s expired and gone to meet his maker!
He’s a stiff! Bereft of life, He rests in peace! If you hadn’t nailed him to the perch He’d be pushing up the daisies!  This is an Ex-Parrot!”
“He’s just restin.”   (Apologies to Monty Python for the slight re-wording of their sketch.)

Ten Reasons to Love It. (Video) 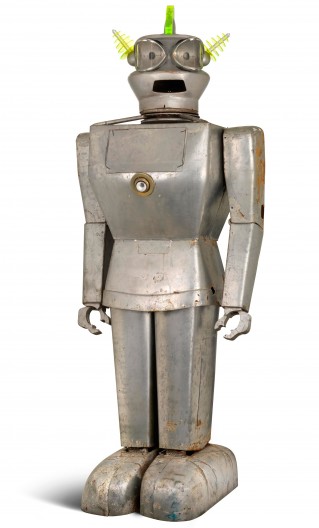 Voices Behind the Faces

Barbie Goes To Mars (But I thought they wanted our womens!?)

“There is another organism on this planet that follows the same pattern. Do you know what it is? A virus. Human beings are a disease, a cancer of this planet.”

Rayguns Over Texas to Premiere at Worldcon

Chris Garcia Launches ANOTHER Podcast.  Do you like Tea?

Hawthorne, CA – Space Exploration Technologies (SpaceX) will provide the launch services for Germany’s second-generation radar reconnaissance satellite system. The satellites, provided by OHB System AG and Astrium GmbH, will replace the current constellation and will be delivered to orbit by two Falcon 9 rockets in 2018 and 2019.

“SpaceX looks forward to working with OHB and Astrium, and we appreciate their confidence in SpaceX to reliably deliver these satellites to orbit,” said Gwynne Shotwell, SpaceX President and COO. “These missions are very meaningful for SpaceX as the first contracted for a European government.”

SpaceX designs, manufactures, and launches the world’s most advanced rockets and spacecraft. The company was founded in 2002 by Elon Musk to revolutionize space transportation, with the ultimate goal of enabling people to live on other planets. Today, SpaceX is advancing the boundaries of space technology through its Falcon launch vehicles and Dragon spacecraft. SpaceX is a private company owned by management and employees, with minority investments from Founders Fund, Draper Fisher Jurvetson, and Valor Equity Partners. The company has more than 3,000 employees in California, Texas, Washington, D.C., and Florida. For more information, visit www.spacex.com.

Part Two of the Art of Covers

World Building: To Market, To Market