We’re going to go a little off-topic this time. 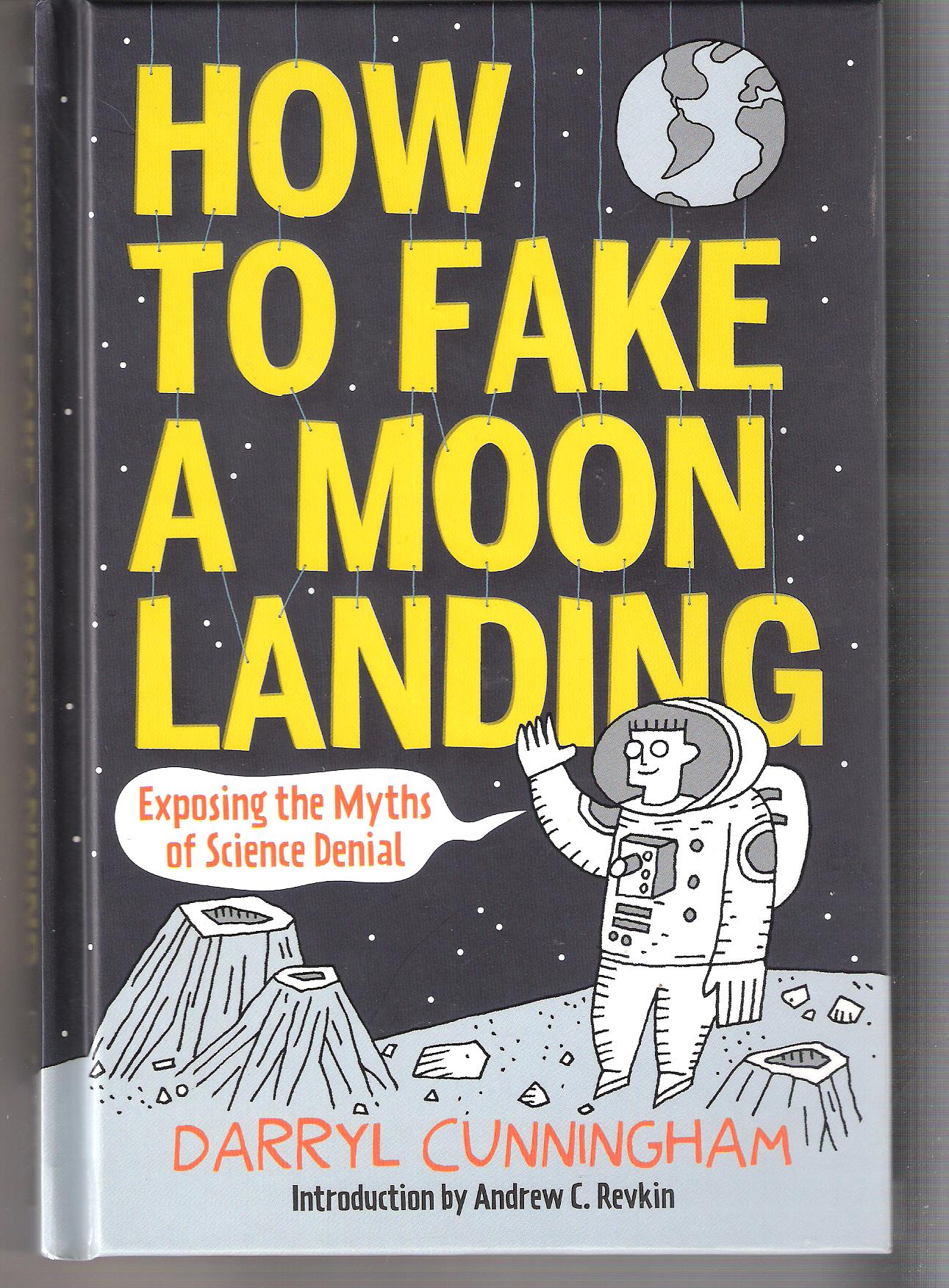 A British science writer and cartoonist, Darryl Cunningham comments on a laundry list of hot-button issues in comic-book format.  Some of the topics he covers are: climate change; fracking; evolution; chiropractic; osteopathy; vaccinations and, as the title suggests, whether the moon landings were fake.  The title is somewhat misleading, though. Cunningham isn’t trying to prove that we haven’t gone to the moon; he takes the points often used by conspiracy theorists and explains what really happened.

(He also uses one of my favorite arguments, for whatever that’s worth: so many people have worked on the Apollo program over the years that someone would’ve broken ranks by now if it were a hoax.)

There’s even a dissenting opinion on some issues. In his introduction, science writer Andrew Revkin says he thinks Cunningham is too critical of chiropractic and fracking.

What Cunningham is doing is fighting the good fight, as far as I’m concerned.  In a world where national political officials are saying things like women don’t get pregnant when they’re raped, it may even be an important fight.  That said, though, I wished I liked this book better.

Since he’s attempting to cover as many topics as he can in one volume, Cunningham doesn’t cover any of them in detail. Sometimes he focuses on one factor that interests him or can be discussed in the space available. Sometimes, that’s appropriate. For example his section about vaccinations deals primarily with Andrew Wakefield, the British surgeon who started the scare.  His section about climate change however, deals primarily with the “climategate” e-mail scandal and how the news media was lax in reporting that the scandal was a hoax. That’s a legitimate gripe, certainly, but I’m not sure it’s the primary issue here. And the section about the scientific process and scientific denial could probably support a book in its own right.

Cunningham’s artistic style takes some getting used to. Most of the visual variety doesn’t come from page layout or panel size; it comes from whether he’s drawing or using photographs. I don’t know whether it’s an artistic decision or a financial one, but much of the book is printed in shades of blue, green and gray. The upside of this decision is that it makes the occasional burst of red or yellow much more effective.  In addition, there’s a lot of Cunningham’s cartoon avatar just talking to the reader and a lecture’s a lecture, no matter how it’s presented.

Still, after all this talk about the scientific process, I feel like the only rational thing I can say check out Cunningham’s work for yourself. You can look at some sample pages on his blog. It looks like his next topic is about something even more eclectic than some scientific fields: high finance.

When Our Heroes are Villains