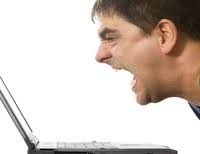 Congratulations, you published the next great SF novel and it is a whopping success. Now you are wondering whether you should write a sequel. Before you do that, check out this list of common issues found in many series. Just to be clear, I am not signalling out any specific work or author. This is just some problems I have noticed over a lifetime of reading. With that in mind, let us begin:

I know why authors do this. Perhaps it has been a while since the first book came out or else you don’t want new readers getting lost. Heck, even big fans might forget why this secondary character is important or why this location strikes a deep emotional chord with the main character. In the right amount, a re-introduction acts as a proper tutorial or refresher course for the reader which makes the rest of the story easier to follow.

The problem happens when authors dedicate entire chapters reminding us who all of these point of views characters are. Personally, I find it insulting to the reader’s intelligence. This is the Internet Age. If we can topple governments with Twitter, we can use Google to look up anything that confuses us. There are entire wikis dedicated to SF universes where a reader can get reacquainted with a specific person, place or thing. Furthermore, if you really are worried about someone reading it out of order, why not slap a big “BOOK 2 OF THE SUCH AND SUCH SERIES” on the cover and make it clear when promoting it that it is a sequel. That way we don’t have to slog through a lot of backstory to finally get to the meat of your novel.

I am going to jump mediums for a second, so stay with me. Long ago, I went with a group of friends to see The Lord of the Rings: The Two Towers. It was the same group I had seen Fellowship with and we were all really excited. Flash forward to the end and we are all exiting the theater, fully entertained, except for one of us. I asked him why he was so morose and he gave me an intriguing answer: it was all middle.

A good story needs a beginning, middle and an end. This is especially true if you are going to write a trilogy. The last thing you want is for the second book to be nothing but a set-up for the next one. There is a difference between a cliffhanger ending and bunch of loose threads. One will keep the reader yearning for the next book to come out, the other will just annoy them and likely earn you a bad review on Amazon. Make sure you actually have a story ready to be published and if its too long, don’t be greedy and split it. A lot of movies have been doing that and it hasn’t gone over well with everyone. If it is a good story, people won’t care how long it is.

For example, lets say you have a character who is a stereotypical southern good ol’ boy. Your doing some social commentary, even if it is a little cliche, so you force him to work with someone who is black or Jewish. There is the inevitable scenes where we see he is a bigot, but throughout the story he learns an important lesson that just because we are different, we are all still human. Your redneck character ends the story a more tolerant and open-minded individual. In the sequel, however, you throw all that out the window and introduce to someone who is gay and the whole cycle starts over again.

Now I realize racism and homophobia are not mutually exclusive, but you would think something would be different about the character. That he might approach his dealings with this other character from different angle, based on the lessons he learned from the last book. People and characters will change and the decisions they make in the future will be influenced by the lessons learned from the past. Remember in the sequel to apply this fact.

4) You Are Not Writing This Book for You Anymore

This final point is especially true for debut authors. Its great that your first ever published work was a hit. Now you have fans (and a publisher) who want more. They want to know what happened next to their new favorite characters. And you are the only person who can give it to them.

But should you? You wrote that novel because you had a story to tell. You wanted to get it out of your head, onto paper and into the hands of complete strangers. You put a lot of yourself into that work and if you don’t have anything left, don’t your creations deserve the Grey Havens? The last thing you want to do is write something just because someone else told you too. If the spark is not there, then the sequel you produce will just be a disappointment. Why not instead write something new? Sure there will be a few disappointed fans, upset you didn’t give them what they wanted, but that’s life. Be a little selfish, it’ll do wonders for you and your work.