Home Poetry Review: Come Late to the Love of Birds 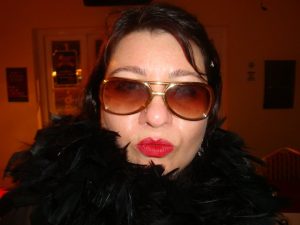 Sandra Kasturi is a poet, writer, and editor, as well as co-creator of a kid’s animated TV series. She is the poetry editor of ChiZine: Treatments of Light and Shade in Words and the Co-Publisher (together with Brett Savory) of ChiZine Publications. Sandra has written three poetry chapbooks (her first, the Animal Bridegroom complete with an introduction by Neil Gaiman) and has edited the poetry anthology, The Stars As Seen from this Particular Angle of Night. Her work has appeared in various magazines and anthologies, including Prairie Fire, Contemporary Verse 2, TransVersions, On Spec, Taddle Creek, several of the Tesseracts series, 2001: A Science Fiction Poetry Anthology, and Northern Frights 4.

I first became aware of Kasturi when I joined the SFPA and began receiving her posts via the groups Yahoo email list. I have seen several of the poems contained in the collection up for review today in various places on the web as well as her work as editor of ChiZine. Recently, they hosted a Shitty Poetry column as part of April’s National Poetry Month.

Come Late to the Love of Birds is a sizable collection – 41 poems gathered into 4 sections (well, one is an additional sort of prologue and another an epilogue): “Hieroglyphs of Wind”, “Cannibals of Love”, “False Fossils” and “The Sorcerer at the Door”. Most of these poems can’t be considered SF Poetry, but most of them do have a sort of fantastical element, so that one could safely say it has a speculative nature. And in fact, it had been nominated for the first annual Elgin Award, which is a new award to be bestowed upon the best poetry collection (in chapbook and full-length categories) published in a given year (in this case 2012). It will be awarded at the same time as the Rhysling Award and the Dwarf Stars Award – at WorldCon in Texas this fall. But I digress – Kasturi dedicates the book to 3 people, Ray Bradbury, Neil Armstrong and Erik Stewart (who I’m assuming is a person close to the author) who all flew in their own fashion, and several of the poems are dedicated to various influential SF writers, which, at the very least, demonstrates Kasturi’s pedigree.

This was a more difficult read for me. It’s longer than most of the works I’ve reviewed here and the language is illusive, and thus was sometimes a stretch for my feeble brain. But even if I didn’t quite understand the poems at first reading (“I understand the sentences, but what does it mean?!?“) I still enjoyed every single one of them for the sheer beauty of Kasturi’s use of language. Just the stunning turns of phrases are enough to induce re-reading, which I often did immediately. In preparing for this review, I’ve naturally re-read many of the poems for a deeper understanding and in doing so picked up on so much more beneath the surface. Those of you who consider yourselves poets and/or who already read and are familiar with poetry, will find the previous statement rather obvious. But I’d like to take this opportunity to remind you that I’ve come late to a deeper understanding of poetry, and I want to encourage those who are new to it to delve deeper.

As the title alludes, m 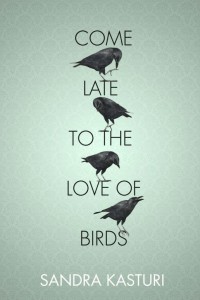 any of the poems contain references to birds. They are not always overtly about birds, but often about our relationship to birds and theirs to us and they serve as various metaphor in many instances. In the acknowledgements Kasturi tells us that the title derives from a quote from a book about Peregrine Falcons, The Peregrine, by J.A. Baker, which she’d read completely out of context. Many, many years later she read the book, a scientific study, which completely changed her view of and attitude towards birds. This collection is at least partially an expression of how she came late to the love of birds and what they represent.

With titles like “Roc”, “The Evolution of Birds”, “Birdman”, “Hummingbird Haiography”, “Poets and Other Birds of Prey” and “Bird Logic”, it’s clear that birds feature prominently in those poems, but so many of the poems within riff on the subject “Bird” and it was like fireworks in my brain, the sparks lighting up in so many different ways about BIRDS! They are so many-facetted. Even the poems which are not ostensibly about birds, often have one line with the name of a bird in it, so that the ignition catches continually. Ka-boom!

I am also come late to the love of birds – perhaps you too? Consider some of these more overt references to birds: But the hawk is not tethered, / he is not trapped, /he is just thinking: / hawk-/ –/ and I am irrelevant. (from “One Red Thought”)

2. The feel of hummingbird’s wings is like the breath of a saint on your face, …

4. Hummingbirds taste the speed of sound. …

I am curled under piecrust like a blackbird, trapped

Salted and basted and over-ready.

As is popular among poets, Kasturi also makes use of various real, mythological and fantastical winged creatures (Roc, Icarus, dragons, bees) and gives familiar and some less familiar stories a twist. Here we have vampires, a different sort of winged creature:

The moon, he says, let us fly there,

build our own dark cities on its unseen

face, rest in its comforting shadow.”

Dragons! Each gold-flickered eye, each trace

Of translucent wing, a saw or song to the heart!

a bumbleship, doomed to sail far from hive

and home, mysteriously pulled into orbit 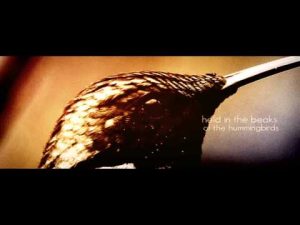 Tightrope Books has created a gorgeous-in-its-own-right book trailer for the collection.

Have a listen to the poems I’ve recorded here for you, I stuck to recording poems with more overt SF themes because this is Amazing Stories after all.

Thanks for joining me! See you next time!