Satire is no longer being written in America. It’s still on television via Saturday Night Live, South Park, and the great, unsung animation series Squidbillies. (I’d lump Superjail in there, but it’s not for the squeamish and satire works best if anyone with a brain can tune in.) We’ve become a culture that mostly has a mind-set based on scientific realism. We revere Star Trek and the kind of science fiction that’s literal. A character stands only for that character and doesn’t represent an aspect of human behavior. One of the greatest, if not the greatest, science fiction satire is “Harrison Bergeron” by Kurt Vonnegut, Jr. Harrison Bergeron is trapped in a politically correct world where genius is punished and mediocrity is extolled. (Sound familiar?) Harlan Ellison has written dozens of satires in the form of science fiction, notably, “Repent, Harlequin! Said the Ticktockman”. The main character of Ellison’s story is a nebbish individual who really isn’t important. I don’t even remember if he has a name other than the Harlequin. But his problem is our problem. The story is about us, now . . . as is the Vonnegut story. Science fiction today is not about satire; it’s about realism. Perhaps we’re beyond the lessons that satire tells us, although Trey Parker and Matt Stone do seem to come up with something vital every week on South Park.

With the passing of Kurt Vonnegut, Jr., we’ve lost our last major satirist (I’m not talking humorist here; we have plenty of those). But long ago we had them in bulk. One of them even won a Nobel Prize in literature. Sinclair Lewis won the Nobel Prize for such novels as Babbitt, Arrowsmith, Main Street, Dodsworth, and Elmer Gantry. He wrote mainly in the 1920s, but in the middle of the 1930s he wrote It Can’t Happen Here, a novel that framed the Great Depression being lorded over by a president other than FDR, where the country turned hard right, as Lewis and many others of his era thought the country could go. After all, by 1935, German, Japan, and Italy had all turned toward fascism. And, as Americans, we always think that it can never happen to us. We’re special. God Shed His Grace on Thee.

Don’t think so. It can happen here and in a number of different ways.

Sinclair Lewis’ It Can’t Happen Here is about a little man, Doremus Jessup (i.e. door mouse, the smallest of mice) who used to be friends with Buzz Windrip, a populist senator who is elected president. Windrip promises change, but through the demagoguery of patriotism and traditional values (i.e. Michelle Bachmann and Rick Santorum of this last election cycle) and the use of a paramilitary force simply takes over the country. This is a satire because Lewis cannily portrays Buzz Windrip as a regular guy you can have a beer with, who’ll dance with your daughter at her wedding, and slip you some extra favors come time for a county election–a tax dispensation, a lien forgiveness, the usual easy-come-easy-go graft common to small town America. But he ends up becoming the smiling tyrant and everybody loves him except Doremus Jessup who knows him better than anybody. Lewis intends us to see this by positing what this would really do to America if he had taken over.

Lewis didn’t invent the alternate history story. Various aspects of “sideways-in-time” shifts in history go back to the Greeks and Middle Ages, only becoming fully mature in the science fiction field in the 20th century. But alternate worlds stories were always used as barometers to show us what we might have become had these changes gone through. The best of them show us what happens to human nature and how terrible these changes might have really been. This is what The Man in the High Castle and Bring the Jubilee do: they are satires, albeit of a nightmarish quality, to show us another side of human nature when the forces of evil win. If you haven’t read It Can’t Happen Here, go for it. It’s a very readable book and in places quite funny because Lewis is known for his snide turn of phrase that really puts his villains in place.  And you’ll see a greater depth of both plot and character than anything Turtledove or Ringo or any other practitioner of the alternate history novel has yet to produce. Theirs aren’t satires. They’re just romps, meant for fun. They neither function as satire nor metaphor. It Can’t Happen Here is a different creature altogether.

Finally, let me say this regarding alternate histories: I sometimes yearn for a Romney/Ryan presidency and their promised 20% tax cuts to the rich, the abolition of abortion, and the death of the Affordable Care Act, Medicare, Medicaid and a much diminished Social Security. What kind of an America would we have then with massive poverty, especially for the elderly, and the top one percent of the population owning 68% of our capital wealth? It’s close to that right now. Look it up. (Here’s another way to look at it: Imagine an America where a handful of white, male Christian determine what all women can or cannot do with their bodies. That’s just one part of the nightmare that would have set in had they won. The other nightmare are the riots of people like me in the streets fighting for basic American principles of all Men (and Women) being free. But remember Animal Farm and the sign the pigs put above the barn door: All Animals are Equal, but Some are More Equal Than Others. That novel, too, is satire.

Romneyland U.S. A. Now.that would be a tremendous novel to read. 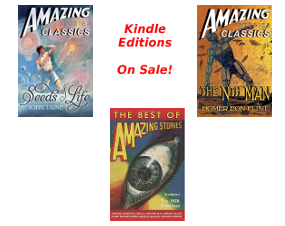