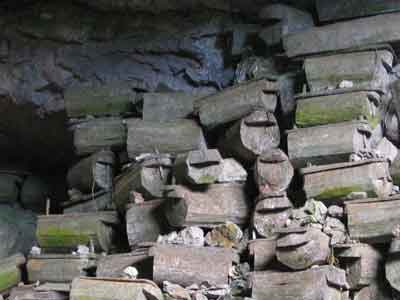 Hello, and welcome to another edition of Digging The Crates, where we strive to find the best, most brilliant, most deranged and inspired that the horror genre has to offer. It’s been a busy couple of weeks; your humble cryptkeeper has gotten himself a graveyard shift cooking hamburgers and nachos (all the better to go to the movies and buy comic books), while still finding time to bathe in blood and gore, and psychoanalyze the inevitable bad dreams.

As has been stated numerous times (and contended), it seemed for a long time that Horror had hit a dry spell, and the true acolyte was forced to wade through heaps of direct-to-DVD monstrosities and late-night reruns. Luckily, it seems that the last couple of years have inspired the maniacs, and there seems to be a horde of fresh bogies out there to thrill and delight.

As is often the case, here in the information age, it can be difficult to know where to begin. Not everybody has the time to wade through the piles of low-budget ephemera, in Horror, SF, and Fantasy. We here at Amazing Stories are doing our best to unearth the creme de la creme, both new and old, and report our findings, unwavering.

So sit back, make some popcorn, and enjoy the ride! Don’t blame me for any bad dreams…

Movie Of The Week 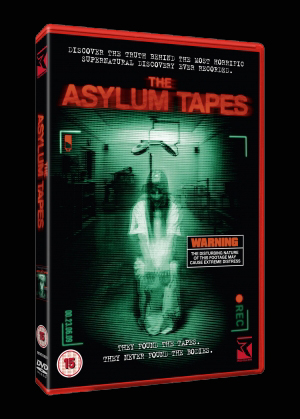 The Asylum Tapes (aka Greystone Park)

The most recent season of American Horror Story proved one thing, beyond a shadow of a doubt; mental institutions are fascinating and terrifying. It rekindled my fascination with madness, but as you might imagine, it is difficult to find archival information on what went on behind those fortress-like walls.

It was mixed feelings that I viewed this morsel from 2012, the directorial debut of one Sean Stone, the offspring of famed director Oliver Stone (who makes a cameo at the beginning, telling a ghost story). The premise seemed call: haunted, abandoned insane asylum. Sweet! I’m in! But the story was delivered in faux-documentary found footage fashion. It seems like I’ve seen 20 of those, in the last month. It’s a hazard of the trade, watching low budget horror films. Directors have figured out that the handheld format costs virtually nothing to make, and for the moment, they seem like they’re here to stay.

The story follows a group of young’uns who have decided to break into an abandoned insane asylum, and film the results. There have been numerous paranormal reports at the site, which had been one of the first to pioneer the usage of mental lobotomies and electro-shock therapy. The movie begins with the characters discussing their plans, telling stories of creepy things that have happened and their personal motivations for getting involved. The mood is set, and the majority of the movie is the three main characters bumping through a dark ghost train ride of phantoms, demons, devil worship, and bone-chilling set design.

The Asylum Tapes is mostly an excuse to pull out the scares. There is very little in the way of character development, and the phantasmagoria starts almost immediately. The characters are almost empathetic, but everybody loses their heads and starts acting crazy, almost as soon as they set foot within the infernal hospital. This movie has so many obvious flaws, you might wonder why I am reporting on it in the first place. It is DEFINITELY low-budget, and falls prey to most of the perils that besiege the handheld horror film. Sensitive viewers may get motion sick from all the running, screaming, shaking, and strobing, and the incredulous will find fault with the countless jarring jump cuts between scenes, when the equipment ‘malfunctions’.

The reason that i have found this film redeeming, worth mentioning, is predominantly the visuals. It’s crude, dark and cheaply-lit, but the effects are truly surreal and nightmarish. It’s all so grimy, it’s nearly impossible to tell what’s going on, but the movie is loaded with phantoms chasing past the edges of your vision, faces in the window, hellish set design (a bare room with only a chair, soaked in blood; an oven full of charred doll’s heads). I have a feeling that if one were to end up in a haunted hospital, it would be a lot like this movie.

Sean Stone has a keen visual sense, and seems like he has something to say. Like I said, this was his first movie, and I am intigued to see what the young lion has in store, how he follows in his father’s footsteps.

The Asylum Tapes comes off like a bone-chilling YouTube clip, that just might be real. Plotwise, it is lacking, but overall, the movie is like a visual Harsh Noise trip, digitally distorted and bleeding in the best possible way. It would make an excellent backdrop for dark performance art, or for a stoner party on the darkside. Horror is getting cheap and nasty again!

I give The Asylum Tapes an A for Atmospheric, but a C for Confusing Plot and Character Confusion. Seriously, the next time you ended up in a Hospital possessed by demons and ghosts, please try and keep your wits about you!

Book Of The Week 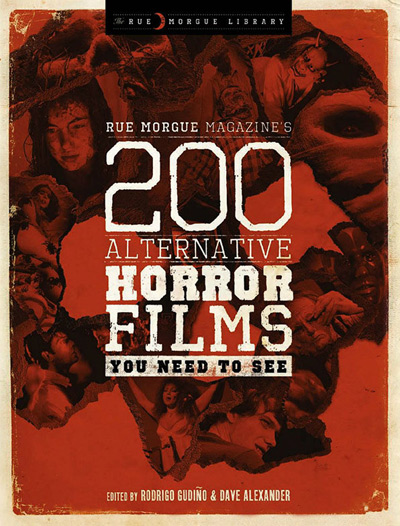 Rue Morgue are a powerful ally, when it comes to weeding out the dreck. Started in 1997, Rue Morgue Magazine have become a cornerstone of the Horror genre, bringing the newest news, as well as providing valuable insight into older material. In this book, they’ve tapped some of that mastery to highlight obscure gems. The most hardened horrorphile to the most delirious noob will find something to pick their teeth with, in here.

200 Films… ranges from the earliest Silver Screen monstrosities to brand-spanking-new, across nearly every culture. The layout is tasty and attention-grabbing, arranged in classic encyclopedia format. The academic underpinnings are interspersed with behind-the-scenes anecdotes, best-of lists, and interviews with many of the biggest names of the genre.

Finding this book has sent me on a month long binge (that you can expect to hear more about, in the coming weeks); it’s refreshing that after several decades of digging, one can still be surprised. The most useful aspect of 200 Alternative Horror Films… is the heavy emphasis on foreign films (or Non-American, depending on where you are reading this). For all my obsessing, I’m still a novice when it comes to Asian horror cinema, so it’s nice to have a go-to guide, to know where to begin.

That’s the other major advantage of a guide book like this (or any curatorial location, for that matter). Being a modern horror enthusiast can be like working at a slaughterhouse: sensitive people should not be subjected to certain things. It can be hard to know what’s what, so major props to anyone who takes time to find the best, and report back.

Get it at Amazon: Rue Morgue Magazine’s 200 Alternative Horror Films You Need to See 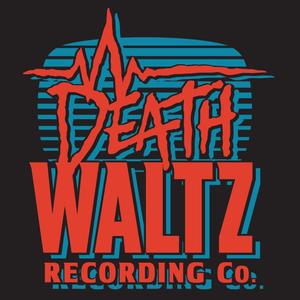 By sheer happenstance, this week’s Horror audio is also brought to you by Kier-La Janisse, creator of Cannibal Culture and Cinemuerte Magazine, as well as the Cinemuerte International Horror Film Festival, in Vancouver, BC. This Mixcloud mix comes via Spencer Hickman of the superb re-issue label Death Waltz Records, who are taking great strides to remind people that Horror movie music can be good music, enjoyed devoid of the hack-n-slash photography it underpins.

This mix is a bunch of dancey, disco-ey classic scores. It opens right up with Coil’s unreleased ‘Hellraiser Theme’, so you know it’s got to be good, then tears through 45 minutes of rare funk SF goodness, perfect for your next abduction or car chase. These Death Waltz guys are virtuosos of the unexplored soundtrack; they find the weirdest stuff! It’s great, listening to these soundtracks and realizing that a lot of it is legitimately good music, full of zany creativity and interesting tonality. Mixtapes and old soundtracks make it possible to carry the movies with us, and transform our own lives into cinematic experiences. Bring Out Your Disco Dead is a Giallo pajama party of a good time. It’s not just for October, anymore.

That’s enough for now, enough to keep you wrapped in cobwebs and choking back screams for 7 days or so. I’m returning to my tomb (the sun is coming up) but luckily I’m wired for cable and wi-fi, so i’ll keep digging, and let us know what you’ve been digging lately!

Crossroads: Satire and the Fantastic

A special Halloween-themed edition of The Audio File