Every so often the SF news magazine Locus runs a top ten poll. The most recent poll closed at the end of November. It focused on the 20th and 21st centuries, with separate categories for SF and Fantasy novels and combined rankings for SF/Fantasy novellas, novelettes, and short stories. These were ‘write-in’ polls, so nothing was excluded. For the 20th century each poll offered 10 places, for the 21st century, five. To fill it all in conscientiously required a lot of reflection and recollection. Suffice to say by the time I got around to broaching the online form it was the last day of November and time was running out. But I did complete the poll with regards to novels, and as you don’t know me it seems a useful way of introducing myself to list my choices and to talk about them a little. You can see the results for the novel polls on the Locus web site here.

Because I read all sorts of other things besides SF, Fantasy and Horror – especially history, biography, science and politics as well as crime and literary fiction (whatever that may be), and because I work and am married and have a social life, there are huge gaps in my reading. Everyone has huge gaps in their reading. As such I wouldn’t presume to make definitive selections. Just as the Locus poll results are the combination of many different personal choices, these are my own, entirely personal picks, free of any agenda on my part. This is not an attempt to define ‘the best’ of anything. In some cases I do think these particular books are ‘the best’ (which may say as much or more about what I haven’t read as what I have), others simply resonate with me more than other titles, probably out of all proportion to their worth to different readers. So here goes, with all the usual additional caveats about how on another day, with the wind from the north and a mug of coffee rather than tea, half these selections would have been different. 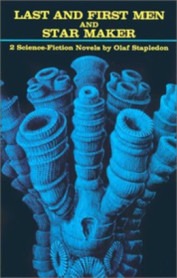 The Broken God by David Zindell is probably an odd choice, but it gripped me as very little fiction of any sort ever has. It is the follow-up to Zindell’s Neverness, which always struck me as the sort of book Dune should have been. The Broken God is better still. Unfortunately the rest of the sequence fails to live up to the extremely high standard David Zindell set for himself.

Nineteen Eighty-Four is here because I’ve read it three times and it remains eternally relevant. For dazzling cosmological scale Olaf Stapledon set the benchmark. His book is all the more remarkable for how long ago it was written. The City and the Stars combines Arthur C. Clarke’s visionary sense-of-wonder and sense-of-melancholy with more beauty and imagination than any of his other works. Blood Music remains the pinnacle of SFnal transcendence, the biotechnological 2001. The dark beauty of Lords of the Starship haunts me all through the years between readings. Hyperion is the most ingenious of modern space operas and Distress is the premiere mind-boggling intellect in SF, Greg Egan, at his best.

Yes, there are two books by Christopher Priest. What can I say? He is my favourite author in the genre. The Affirmation may be a great SF novel – medical immortality forms part of the story – or a great fantasy novel about the line between imagination and madness – or a great mainstream novel about fantasy and writing, or all three. A Dream of Wessex is the first great virtual reality novel (Simulacron 3 by Daniel F. Galouye seems to be the first true VR novel, though the theme predates that book) and paves the ground for everything from The Matrix to Inception. 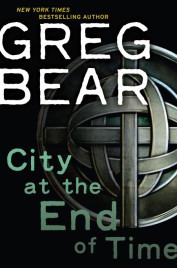 Cloud Atlas is not to be confused with the film of the same name, which at the time of writing hasn’t opened in the UK. The film looks to have made explicit that which is implicit in the book, and added laser weapons. The Time Traveller’s Wife is certainly not to be confused with the chocolate box of the same name. City at the End of Time is a stunning SF/Fantasy/Horror epic tribute to William Hope Hodgson and all sorts of genre history, until it falls apart at the very end. 11.22.63 is King delivering his finest stand-alone novel in years and The Windup Girl is so good for almost all its length that it can be forgiven for a rushed and unsatisfying finale. 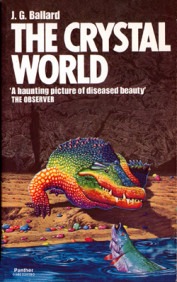 I don’t consider The Magus to be a fantasy novel at all, though I have read it five times and it’s my favourite work of fiction. But Locus included it on their exhaustive memory-jogging list of 20th century fantasy novels, and who am I to argue? On it went. A brilliant, brilliant, brilliant book. Read it now. Winter’s Tale is simply the most gorgeous romantic fantasy epic with the most wonderfully poetic use of language. The Lord of the Rings is here because, well, it has to be. Modern fantasy fiction wouldn’t exist without it, though given I don’t care for High Fantasy, that wouldn’t necessarily be bad thing. Certainly once you’ve got Tolkien and Donaldson and a handful of others that’s quite enough. OK, so there’s another Christopher Priest book. It’s a masterpiece and it’s my list. The Glamour stands-up to any number of re-readings. Lavondyss was the sequel to Mythago Wood, and proved to be even better, taking archetypical fantasy into new dimensions of inner-space. Ballard redefined genre in the 1960’s, and The Crystal World may be his finest work before the near mainstream beckoned. The Land of Laughs is a stunning exploration of the nature of fantasy, Watership Down is the definitive talking animal epic and The Shining a candidate for the best haunted house novel ever penned. 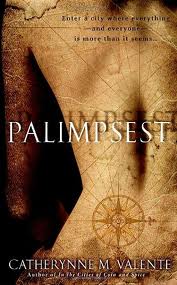 Palimpsest combines an astonishing facility for language with a unique imaginative vision. Strange, disturbing, bizarre and highly original. The Angel’s Game is far superior to predecessor The Shadow of the Wind. Mr Peanut is an astonishing debut, The Long Price Quartet a stunningly sustained character epic of war and hard choices and The Dark Tower the fabulous conclusion to the boldest, most imaginative, thrilling, uneven, frustrating, exhilarating multi-volume saga in modern fiction.

These are all amazing stories.